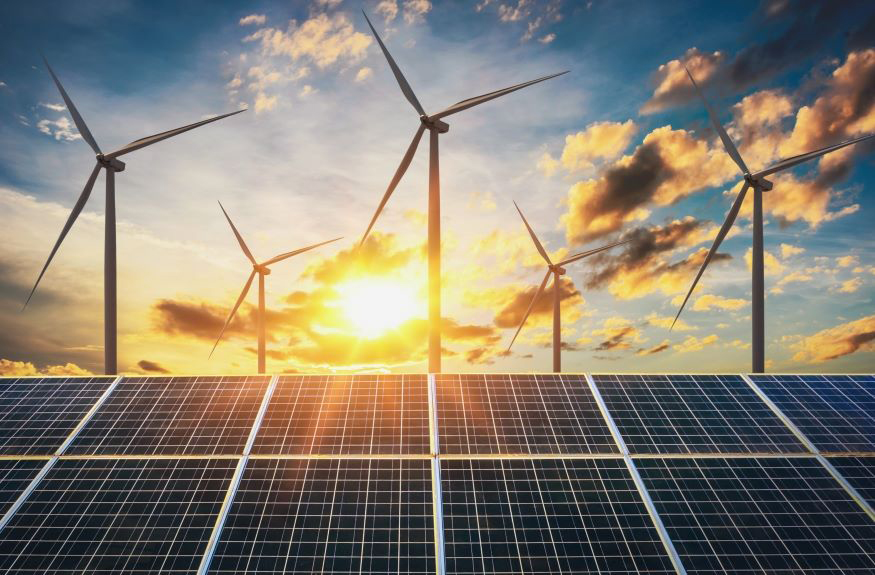 Solar energy use has surged at about 20 percent each year over the past 15 years thanks to rapidly falling prices and gains in efficiency. Japan, Germany, and the United States are major markets for solar cells. With tax incentives, solar electricity can often pay for itself in five to ten years.

Daylighting as a Renewable Energy Solution

Lighting is the largest energy load in commercial buildings today, with electric demands that occur predominantly during the day when daylight is available. The use of daylight and sunlight to provide illumination within a building, especially to supplement or replace electric lighting, is called daylighting. Because the energy demand is so high, and daylight is so widely available, this is among the largest impact areas for integrating renewable energy.

Daylighting autonomy is the ability to light spaces naturally, measured as the percent of space and time without electric light use. Effective daylighting involves a variety of techniques and technologies, including efficient window placement; the use of special window coatings that minimize reflection or can alter the window’s transmittance depending on the weather; and the use of daylight collectors and fiber optics to transmit sunlight into a building.

In the last decade, there has been active research on hybrid solar lighting, combining daylight with electric lighting. Through this approach, consistent illumination can be provided at a lower cost than with conventional electric lighting.

After lighting, heating is the dominant site energy load for commercial buildings, driven by exposure to winter outdoor temperatures at the perimeter. This is exactly where passive heating techniques can be used, or in shared spaces like lobbies and atria. Using the sun’s energy to offset heating demands in these spaces is an important renewable energy source.

Passive solar heating requires consideration of the glazing orientation, area, and properties. Southern orientations for the occupied spaces and carefully sized glass areas with high solar heat gain coefficients are typically best because they can be more easily shaded with overhangs and venetian blinds during the summer months. These direct-gain, passive solar systems must be carefully designed to minimize glare and overheating and to maximize quality views. It is also possible to design indirect-gain, passive solar systems or fully isolated gain where solar heat energy is collected and stored immediately for slow release to the occupied spaces.

Another type of renewable energy is solar thermal energy, which is the use of solar energy to produce hot fluids. Heat builds up in a vehicle if it is parked in the sun on a hot summer day. Solar thermal energy works in the same way, except the heat generated is put to practical use to heat spaces or water. In addition, solar thermal systems contribute to preserving energy reserves and protecting the environment by reducing CO2 emissions. There are many types of solar thermal collectors available for generating hot air or hot water, and efficiencies in collection, conduction, absorption, heat transfer, and storage continue to improve.

Solar water heating uses the sun’s energy to heat a highly conductive solar panel, typically metal, that contains water or a heat exchange fluid. The system then transfers that heat into a hot water tank. Solar energy can be harnessed in hot water collectors that feed storage tanks for use in meeting a building’s heating or domestic hot water demands. If a new or existing commercial building houses kitchens, gyms, or washing facilities, solar thermal systems should be considered.

Combining solar electric (photovoltaics, or PV) and thermal systems, known as hybrid PV/T, offers significant new renewable energy opportunities. By using water or a heat exchange fluid to cool the solar electric cells, the PV exchange can be more efficient, and hot water can be generated for the building.

Many people are familiar with photovoltaic cells found on handheld calculators, or solar panels found on satellites and rooftops. The cells are made of semiconductor materials like those found in computer chips.

PV solar cells convert solar radiation or sunlight directly into electrical power. Solar cells are the building blocks of PV systems. PV-based solar energy has become one of the most successful energy technologies in history, achieving cost reductions similar to those achieved by Ford during the Model T era.

A PV cell consists of two or more thin layers of semiconducting material, most commonly silicon. When the silicon is exposed to sunlight, electrical charges are generated because sunlight releases electrons from the silicon’s atoms. When many electrons, each carrying a negative charge, travel toward the front surface of the cell, the resulting imbalance of charges between the cell’s front and back surfaces creates a voltage potential similar to the negative and positive terminals of a battery. The electrical output from a single cell is small, so multiple cells are connected together and encapsulated (usually behind glass) to form a module (sometimes referred to as a panel). A number of modules can be connected together to give the desired electrical output.

Flat-plate PV arrays can be mounted at a fixed angle facing south on the roof, or they can be mounted on a tracking device that follows the sun, allowing them to capture the most sunlight over the course of a day. Thin film PV can be delivered in flexible rolls for roof and wall applications. Building-integrated PV (BIPV) is a term referring to PV arrays that have been merged with a building’s roof or façade materials rather than mounted on top. In addition to PV array specifications and building integration quality, the performance of a photovoltaic array depends upon sunlight availability and environmental conditions.

The sun produces a lot of energy in a wide light spectrum, but photovoltaics have only captured portions of that spectrum to convert into electricity. Solar cells with conversion efficiencies of approximately 10 to 15 percent have been readily available for the last decade, with greater efficiencies to come.

Making smart business investments is key in commercial real estate. Industry professionals need to define, initiate, and obtain a return on investment for sustainable initiatives within al segments of a building or portfolio.

Get the latest content delivered straight to your inbox 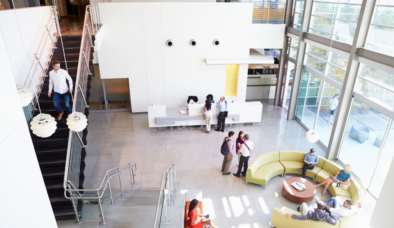 Get the latest content delivered straight to your inbox.